'Seeing solutions from different angles is probably helped me develop quicker than what I thought I would have.'

How long have you been with Guild?
I am a Graduate/Junior Application Developer and I have been at Guild since 2019.

What was the moment you knew you’d made the right decision to work at Guild?
Probably this one time when in the Development Team, they started giving me more complex tasks complete. It’s nice to see that they believe I'm capable of doing the job they hired me for. I've been able to do tasks that have been a bit challenging and I've quite enjoyed this so far.

What was the best day at work?
There was this one time when I was doing some work for one of our communications systems, there were a lot of bugs that need fixing. Once all of that was done that was one of the best days because looking back at it all, it has been just a nightmare and it was great getting help from one of the Senior Developers. With his guidance, we were finally able to fix all the bugs and I must say I was relieved that I don't have to look at that again! Haha.

Tell us about something your team has achieved during your time at Guild?
When I was part of one of our cross-functional teams, Spartan, we finished off the Thunderhead to Smart Comms migration and updating the document software we use. This was a long task, the project started in 2018/2019 before I even got to Guild and then it took until March 2020 to finish it all off. Once I joined the team in September 2019 and we got through all of that it is quite rewarding to know that it's finished, and you can do all the clean-up tasks.

What matters to you most about your work at Guild?
Probably just developing my knowledge.  When I came in none of the software that we're using now are ones I've used before, so just learning new things and being able to see solutions from different angles is probably helped me develop quicker than I thought I would have.

What experiences at Guild have you had that have helped you expanded your horizons and knowledge?
After the Smart Comms migration finished and I moved into the Sterling team, my leader (Development Practice Manager) and I were discussing how I can learn more about the Azure portal. He gave me the opportunity to look at the Smart Comms functions on Azure and actually do some work on that to help improve. So, just being given the chance to learn something new and actually implement a solution that's currently working.

When you tell people about your job, what’s the one thing that surprises them or gets them excited about the work that you do?
When I tell people I work for an insurance company, they're quite surprised that it's actually not as toxic as what they assume it would be. People often think "Oh it's an insurance company. Well, they didn't cover me for something, etc". I say "No, no no, there is an actual reason behind it." Then actually learning and explain it to them and they actually start to understand that it's not as simple as "something happened, and I can't make that claim". It's a bit more complex. Some people I've told understood this and they've started thinking “when I call to lodge a claim, I think I might actually treat people better".

Learning about our products has been quite helpful in my work because when I look at other insurance products like workers compensation, professional indemnity it's been quite interesting to learn how all that works.

What is a hobby or passion you have outside of work?
I've been modifying my own car, it's been cheaper and fun learning how cars work. I've put a new exhaust on and some new horns, a new intake system for the engine to breathe. I've done some cosmetic stuff, I've put a new spoiler on it, some side skirts and new wheels.

I also like video games and board games. I enjoy going to the gym and I also walk my dogs now for about an hour. They look at me for about 45 minutes as if to say "Is it hometime already?".

Duke is an English Staffy and Lady is a Boxer cross Staffy. Duke is a rescue; he was forced to breed by his old owner then we rescued him. He's quite happy all the time now. 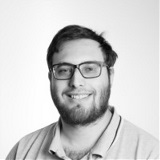